Home » Tips for Importing and/or Exporting to The Middle East

Tips for Importing and/or Exporting to The Middle East

If you’re looking for a new market for your goods, you may have some success in the Middle East. Several countries in this region, such as the United Arab Emirates (UAE), Oman, and Qatar, have thriving economies that are welcoming foreign goods.

If you want to import to or export from the Middle East, however, there are several factors to keep in mind.

One of the hallmarks of trade with Middle Eastern countries is their stringent import regulations. Many countries require special certifications and several customs documents to allow importing. Documents are also heavily scrutinized by customs authorities, which can slow down the importing process.

In the US and Canada, companies are more or less expected to self-regulate when it comes to following customs regulations. Importers are supposed to assume liability. Most Middle Eastern countries take an inverse approach, reviewing customs paperwork thoroughly because they don’t want to leave it up to importers. If you want to sell goods to Middle Eastern countries, be prepared to furnish all the necessary paperwork, and make sure it’s correct!

Working with a customs broker can help ensure that your documentation is correct and that you’re following all relevant customs regulations as an importer or exporter.

One issue that might come up if you want to export to a Middle Eastern country is selling to a buyer on a denied party list. These lists contain the names of organizations, companies, or individuals that both US agencies and foreign governments prohibit you from conducting business with. Denied party or denied persons lists aren’t limited to the Middle East, of course, but if you are a US- or Canadian-based company trying to export to the Middle East, it may be more of a concern than for other regions.

You can find the US Denied Persons List from the Department of Commerce, and Canada’s Listed Persons from Global Affairs Canada.

Interested in trading with Southeast Asia? Read our guide. 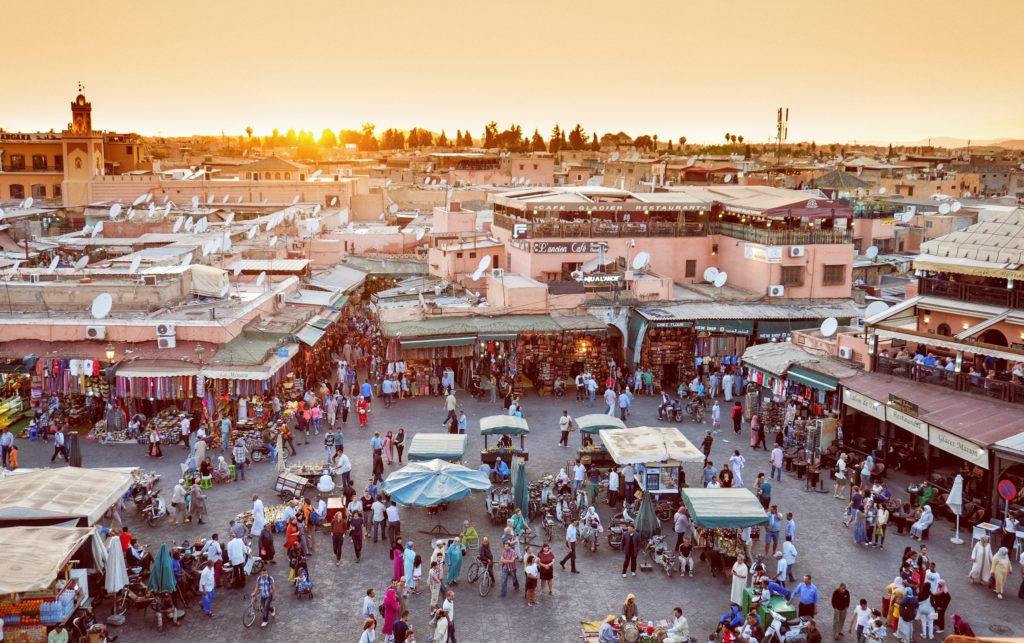 Many Middle Eastern countries require imports to conform to certain standards set by their governments. To show compliance with your imported goods, you may have to provide a Certificate of Conformity (COC). Several countries in the Middle East also have regulatory bodies that oversee certification and conformity. You may also have to deal with these groups when importing goods. These countries include:

Goods that originate in Israel

One thing to keep in mind when exporting to Middle Eastern countries is that several of them ban imported goods that originate in Israel. If you are importing products you produced entirely in Canada or the US, it shouldn’t be a problem. But if you have an Israeli supplier, for example, that might prevent you from importing your goods into several Middle Eastern countries.

Want to expand your import/export business to Russia? Here are 16 questions you should ask first.

Questions to consider when formulating your Middle East import/export plan

Which Middle Eastern countries are the easiest to export to?

Although countries in this region have many similarities in import regulations, there are a few differences that make some countries easier to export to than others. Most experts consider Bahrain, UAE, and Oman as three of the easiest countries to sell your goods in.

Which Middle Eastern countries have the highest tariffs?

Customs duties vary across countries in the Middle East. Some have comparatively low tariffs while others are very high. The World Bank determines countries’ simple mean tariff rates on all products and assigns a value based on this data. The higher the value, the higher the tariffs average in that country. According to the World Bank’s data, Iran has the highest tariffs of countries in the Middle East and North Africa, at 20.9. The next highest tariff rates are in Djibouti, at 18.9, then in Algeria, at 12.3.

Need importing and exporting tips for Australia and New Zealand? Read our guide.

Which Middle Eastern countries have free trade agreements with the US and Canada?

When choosing which Middle Eastern countries to sell to or buy from, consider the ones that have a free trade agreement (FTA) with your home country. FTAs lower trade barriers, making it either cheaper, quicker, or easier to import and export from the target countries.

The US has free trade agreements with:

Canada has free trade agreements with:

And investment partnerships with:

Need help calculating tariffs on your imports and exports? Use our duty calculator.

Working with a customs broker

Moving your goods across borders can be complex, time-consuming, and — if you’re not careful — costly. Working with a certified customs broker ensures that you’re compliant and your paperwork is in order. Ready to expand your import/export business? Contact BorderBuddy today to get started.