Home » US Import Surge Likely to Continue to 2022

US Import Surge Likely to Continue to 2022

While many things have changed for the worse due to the Pandemic, there have been a few surprising changes for the better. The flu isn’t spreading nearly as much due to mask mandates and other precautions, people are developing a better work-life balance while working from home, and imports are surging in the US.

Of course, the pandemic isn’t the only cause of this import surge. But the stimulus checks that were issued to revive the failing economy have led to an influx of orders from American consumers. Importers are struggling to keep up with the demand, and ports are overwhelmed with a backlog of shipping containers.

The data confirms the import surge. Compared to November 2019, November 2020 saw a 30% increase in import filings year-over-year. And from the look of things, that number is only climbing. Experts expect the surge to continue into 2022. What does this mean for importers and overseas companies seeking to expand to international shipping?

Which US ports are most impacted by the surge?

The brunt of the import surge is falling on the West Coast, which is to be expected since that’s where the vast majority of Asian exports get shipped to. Ports such as Seattle and Oakland are experiencing cargo congestion that is causing costly delays for ships waiting to dock.

The most congested ports in the entire country are Los Angeles and Long Beach. These terminals are struggling to deal with the huge backlog triggered by warehouse shortages. With vacancy rates for warehouse space in these areas falling to a record low of 1.7%, there is no place for imported goods to go. This chokepoint further exacerbates the congestion happening at the ports.

That’s not to say that non-West Coast ports aren’t experiencing a surge as well. In Savannah, Georgia, a few weeks ago, there were about a dozen cargo containers anchored outside the port. As the second-largest port on the East Coast after Newark, Savannah had its all-time record high of container units in March of this year.

Because West Coast ports are facing the most congestion, many companies, including Levi Strauss & Co., have elected to start shipping more of their products to the East Coast. This rerouting is a bold move, especially considering most companies tend to work with suppliers in Asia. They’ve made this decision because of the drastic situation that’s currently happening on the West Coast. 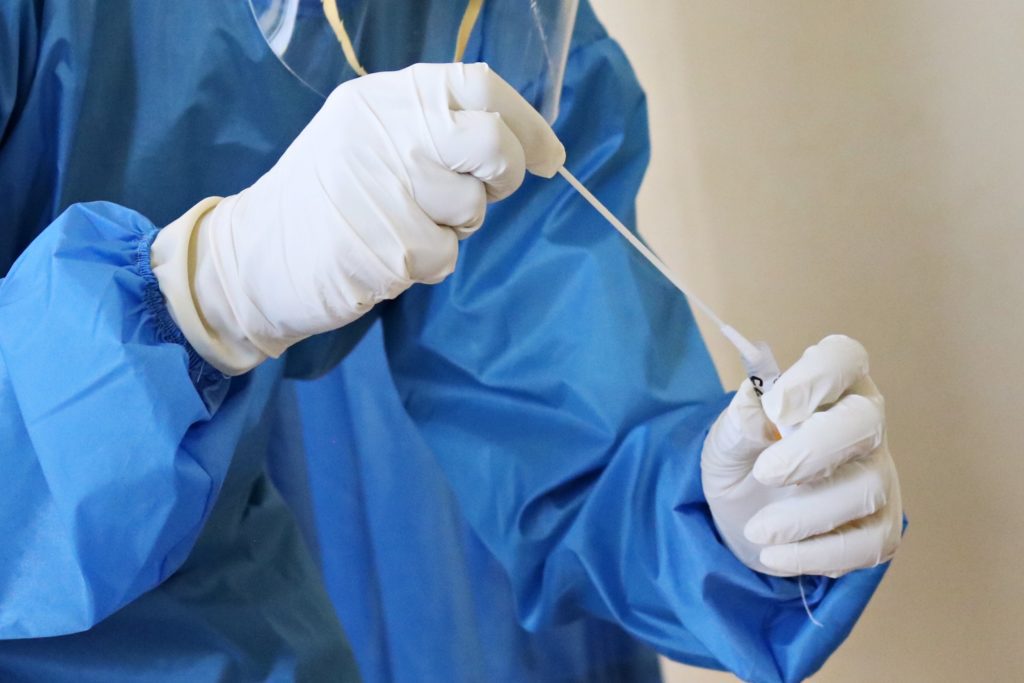 Other contributing factors to the surge

The import surge is more complicated than you might think. It has been building ever since the US lifted lockdown restrictions in June 2020, and it’s not likely to die down anytime soon. There are a variety of factors that all play a role in the continuation of the surge.

Many years ago when in-store shopping was at its prime, companies placed the majority of their import orders in certain seasons, such as late summer/early fall for back-to-school shopping and late fall for the holiday season. With eCommerce as king, that seasonal calendar is out the window. People are shopping online whenever they feel like it. This causes the surge to keep growing.

Of course, people still make more purchases during the holiday season. With COVID-19 still having a huge impact on trade around the world, importers to the US are worried there could be sudden port closures that affect their shipments. For example, the terminal in Shenzhen was closed for weeks in June due to a Covid outbreak. US importers are ordering goods well in advance to make sure their holiday orders can be filled.

How will importers be affected by the surge?

Overall, the import surge is promising for importers and for the US economy. According to port authorities, customers are still reporting low inventory levels. This means the demand is still strong for imports in the US despite the rush to fill it. Importers can benefit from this high demand to branch out to new products and new markets. If you’re new to importing, this could be the perfect opportunity for you to start.

Unfortunately, importing to the US is expensive due to the surge. Ocean freight is four times as expensive as it was before the Pandemic. Make sure you have a high enough profit margin to be able to afford these costly rates. Because of the high demand, you shouldn’t have a problem passing this cost along to your customers.

Something else to keep in mind is which US port to choose. This will depend on your supplier’s location and your target market. If your supplier is in Japan and you’re selling products in New York, it might be worthwhile to choose an East Coast port because of the congestion in West Coast ports. If you’re selling in Portland, on the other hand, you probably need to stick to a West Coast port. Even with delays, it will still be much faster and more cost-effective.

Are you thinking about taking advantage of the import surge to grow your import business in the US? You need a reliable customs broker who can assist you with the import process. BorderBuddy is here to help. Give us a call today.