There are many, many items that you simply cannot ship internationally or move across borders. Of course, unless you travel often or have an import-export business, you may not be aware of these rules. Or, like some of the people on this list, you know there’s a rule but think that it simply doesn’t apply to you.

On a trip back from Peru, a German couple arrived at Schipol Airport in the Netherlands with 200 live tarantulas in their suitcases. The animals were supposedly a rare species that the couple had collected. The tarantulas were confiscated by Dutch animal welfare authorities and the couple was charged with a criminal offense for smuggling animals into the Netherlands.

The US Transportation Security Administration (TSA) at Hartsfield-Jackson International Airport in Atlanta screened a corpse, which turned out to be a prop for a Texas Chainsaw Massacre movie. TSA was aware the fake corpse was coming ahead of time and were able to pre-screen it before it arrived at the airport, making the corpse’s journey through airport security much smoother than the average passenger’s. 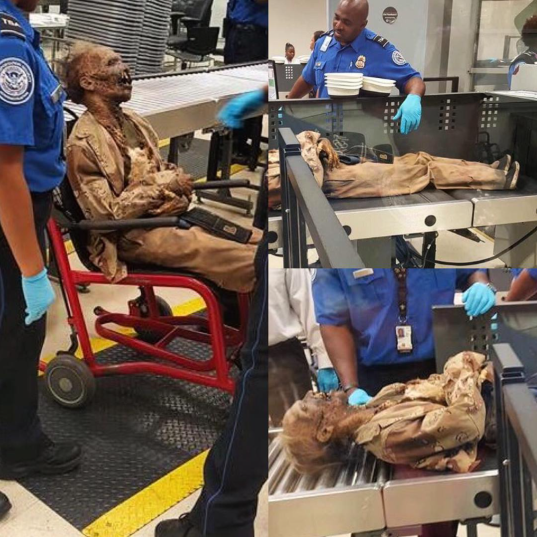 A Thai national tried to smuggle a sedated, two-month old tiger cub on a flight from Bangkok to Iran. When airport security saw what looked like a real animal on the X-rays of the luggage, they called wildlife officers. They discovered a tranquilized tiger cub hidden among several tiger plush toys. The tiger cub was confiscated and subsequently taken to a wildlife rescue center.

A passenger traveling from Bangladesh to the UK tried to smuggle a 56-pound squash into Britain. The four-foot-long vegetable was seized by environmental health officers at Birmingham Airport. Apparently, this passenger had some odd plans upon arriving in the UK, because they also had 175 pounds of fish and 94,000 cigarettes.

TSA found grenade-shaped novelty bottle openers in checked luggage at Newark Liberty Airport. They were intended as gifts for a group of groomsmen, but they didn’t make it out of the airport. Ironically, the bottle openers were packed with a warning label instructing users not to take them through airport security. 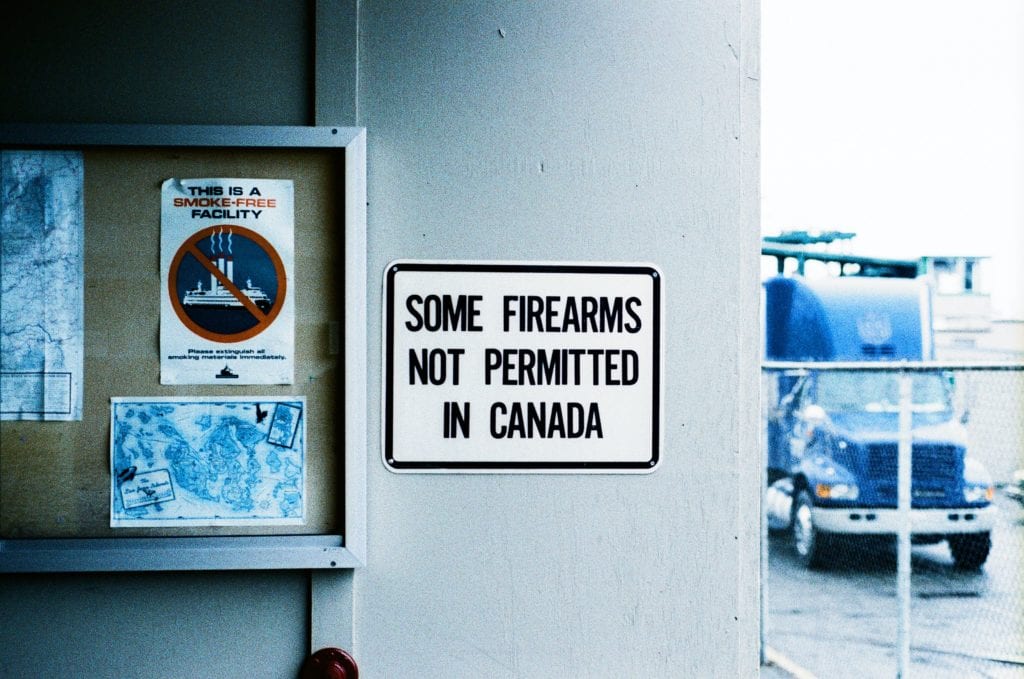 A 3,000-year-old sarcophagus was repatriated to Egypt after an illegal antiquities dealer shipped it from an art gallery in Spain to a “legitimate” buyer in the US. A US Immigration and Customs Enforcement (ICE) officer at Miami International Airport flagged the piece. After investigations from ICE and US Customs and Border Protection, the illegal antiquities paperwork was tracked down.

A man was found with a dead seal head in his luggage, on his way to Denver from Boston Logan International Airport. He was a biology professor who’d found a dead seal at Revere Beach, near Boston, and cut off its head to take with him for educational purposes.

Trying to smuggle or ship weapons of any kind without proper permits is never a good idea, no matter what country you’re in. Unfortunately, a Texas man didn’t get that memo. He tried to bring a rocket launcher back from Kuwait. The man was active-duty military personnel and apparently told authorities that he wanted it “as a souvenir.” That wasn’t a good enough reason for TSA so they confiscated it but allowed the man to board his flight.

In 1960, Australian athlete Reg Spiers was stuck in London without enough money for a ticket home. He didn’t want to miss his daughter’s birthday, so he got inside a wooden crate and posted it from London all the way to Australia. Spiers didn’t think much of it, but it generated a lot of media attention at the time.

People sure do come up with odd things to ship or move across borders. For some items, like a rocket launcher, it should be obvious they’re not going to make it through airport security or customs. But not every banned or restricted item is so evident when importing and exporting.

Border Buddy can keep your shipments avoid stoppages at the border. We’ll help you understand all the relevant shipping regulations for your business, by country and law so you don’t have to worry about fines, banned imports, or other legal issues. Give us a call today.